I am not going to talk about the rideto Mariposa and our hostel in the middle nowhere. It was long, it was hot and we were really, really happy to arrive…

The hostel we were staying out is an eco friendly place in the middle of the wood, called the Yosemite Bug. They call themselves a rustic resort but it’s a hostel. We got dorms. http://www.yosemitebug.com/

The 2 good points about the place were a) it had a tiny spa and after a 9hrs drive, I was happy to pay $10 for the jacuzzi overlook the forest ; b) their restaurant: the menu wasn’t amazing but quality was good and portions were enormous. I went for the mexican salad in a taco bowl shaped shell for diner and I couldn’t finish it and their breakfast….the best pancake I had…actually they converted me to pancake for breakfast.

We had dinner and we stayed a little up chatting away and playing games…quite relaxing really…the cold and the mosquitos sent us to bed!

Biggest blueberry pancake I have had…and it was soo good too!

It took 1 hour to drive to the actual Yosemite Park…we stop to take pictures of El Capitan, one of the famous rock climbing peaks…

and we had to wait forever inside before we could get started…Heather had forgotten her phone in her room at the Red Feather lodge in the Grand Canyon and they were mean to ship it out to Yosemite park. Turns out it’s a big park with a couple of postal codes…it tool an hour to track the parcel down.

We were due to do the Mist Trail but as we started an hour late, it put a little spanner in the works. Half the group stopped at the halfway point and turned back…My group (with Heather and Steph) was hardcore and we carried on. It was a really tough hike but beautiful and I am really proud of myself for doing it.

Yup we went all the way to the top of that!

The guys who made it! (left to right: Lawrence “The Finisher”, Stephan, Heather and me). Admittedly Lawrence got there at least half an hour before us but still…no one else did…and we waited for them whilst cooling our feet in the very cold stream…

Even Mr Piggy needed to get himself cool down…

Mr Piggy proving he also made it to the top!

After 30 mins up there we realise that no one was going to come…and wouldn’t you know, there was no water fountain there either. Luckily we met some really nice ladies police officers on a break, who had the kit to purify the stream water so she lend it to us to refill our bottles…I don’t understand what is the problem in those areas…saying I suppose getting plumbing set up there could be a be-atch but then, they could have someone to sell bottles or someone (like our guide) should tell you these things so you didn’t get caught up. Dehydration up there can’t be fun as of course, you still have to come down…It took us 2 and bit hours to get up there but luckily the trail loops around and we didn’t have to use the same route to go down…To be honest, considering how hard the last bit had been, I am not sure if I would have been able to do it back that way. We saw some people do it as we were crossing people going down as we were going up but they would done the easy trail going up so their legs weren’t spent yet.

We saw a guy that had fallen halfway through and it wasn’t pretty as it looked like he had tumbled whilst going down and not up…which over there is scary as hell as it is steep and only sharp rocks to break your fall. He was all battered and bloody and was being looked after the park rangers…

We were supposed to all meet back at 5pm near the park entrance gift shop but considering we wasted time waiting for the rest of the group and with time it took to get down, we were about 30 mins late (which all in all wasn’t too bad)…everybody else had returned by then…I was a bit disappointed that we had missed the opportunity to go swim in the lake as it had been so hot and it was supposed to be how we finished the day after the hike (the other group, the one that stopped halfway through, went to the lake to spend the time waiting for us)…turns out, they actually didn’t swim, barely dipped their feet in (like me up stream) as the water was way too cold…so I didn’t miss out on anything.

The day was not over yet…Mel had another vista to show us…back on the bus and 1 hour drive we were at Glacier Point. Nearly opposite from where we were…we could see the top of Mist Trail from across the valley.

Mr Piggy on top of the world….

The 2 hours drive back was pretty and we even got to see a wolf by the road side. I was on the wrong side of the van so I didn’t get to take a picture but I could see it. It was beautiful and so unconcerned by the vehicles that had stopped to watch it. We all tried to stare in the woods throughout the rest of the journey back to see if we could catch glimpses of bears but no luck…none came out for us. Then again, might not be such a bad thing as they are not particularly known for being friendly 🙂

Back at camp, we all had a quiet evening (not much else to do to be honest) at the lodge’s restaurant/bar. The spa was unfortunately closed by the time we had dinner so we just chilled talking crap and drinking cheap drinks.

"Life should NOT be a journey to the grave with the intention of arriving safely in an attractive and well preserved body, but rather to skid in sideways, chocolate in one hand, martini in the other, body thoroughly used up, totally worn out and screaming WOO HOO what a ride!"
(Author: Maxine) 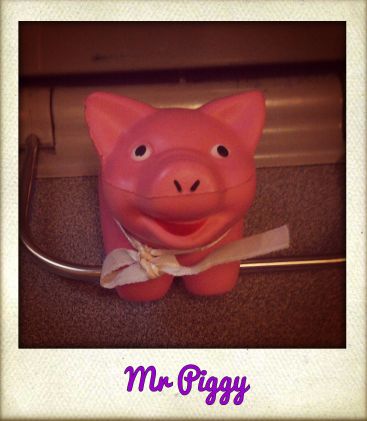